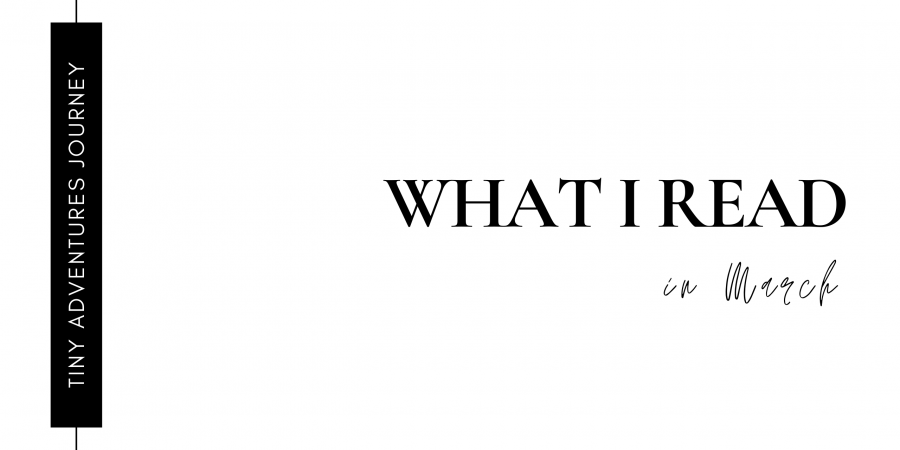 With March being Women’s History Month, I initially wanted what I read in March to be focused primarily on women. I wanted to support women authors, women characters, women’s stories – the good, the bad, and the ugly. I wanted to learn about what other women have had to go through for me to have the freedoms I have today. I wanted to learn more about feminism and how I can do my part to defend, support, and respect all women. 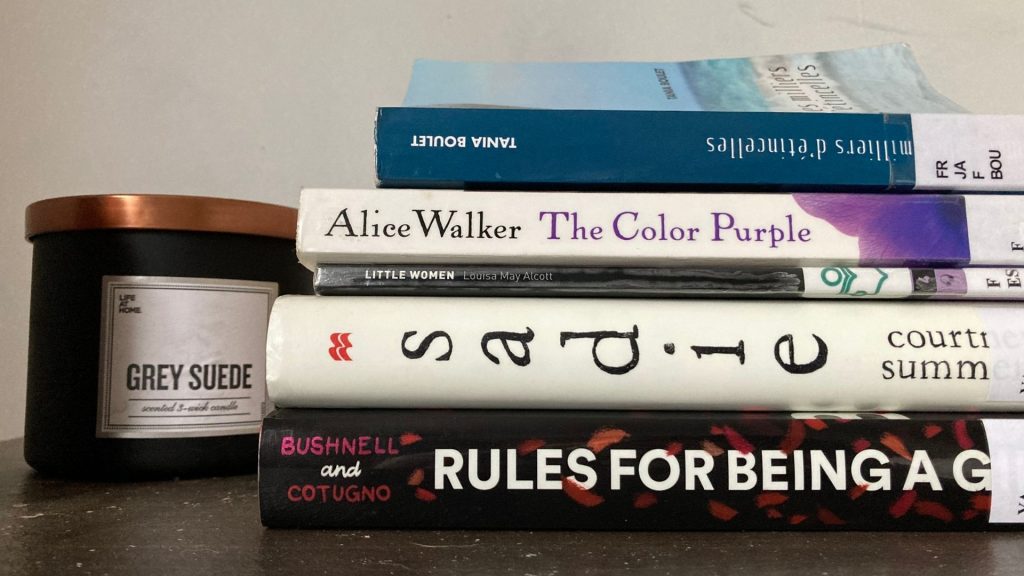 Suffice to say, it wasn’t as intense as I had hoped, but I did have some really amazing reads. In this post, I’ll share what I read in March, but know that I have started compiling a list to create a new post in the future for Recommended Reads for Women’s History Month. 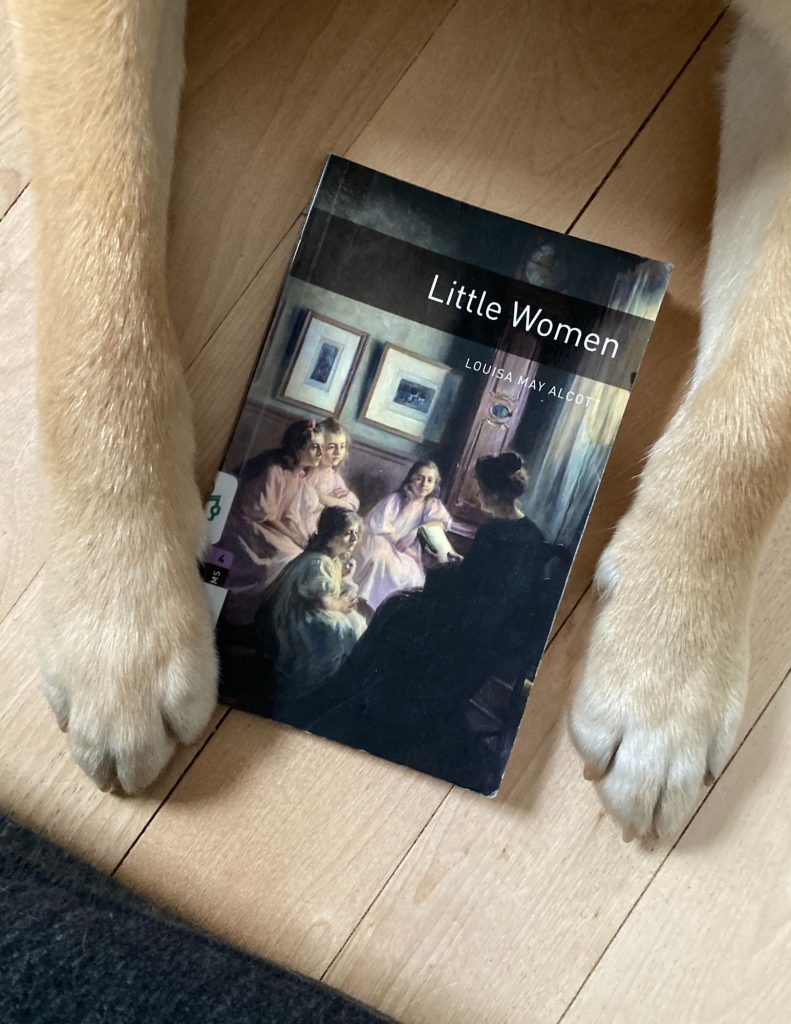 Me, picking up Little Women from the library: What kind of abridged bullshit is this??

Small print on back of book: “Text adaptation by John Escott”

I borrowed this book from the library and had certain expectations. I was firstly very surprised at how small it was. And then, a week later, I realized that what I borrowed was only part of story and was actually a text adaptation. Hence my disappointment at the lack of story depth and length. The actual book, according to Wikipedia, consists of 759 pages. I have now reserved this legit version of the book from the library. But in the meantime, here is my short review of this version of the book.

Little Women stars The March sisters, Meg, Jo, Beth and Amy. The girls live with their mother, while their father works out of town. They get by, but they are by no means living a life of luxury. They can’t afford any gifts for Christmas, but the girls make a pact to save up a little bit of money and spend it on gifts for their mother, who does so much for them.

Yada, yada, yada… they befriend the boy next door, whose family is very well off. Their father falls ill, and their mother goes to care for him. The boy’s tutor helps take care of the girls and makes sure they are safe.

Some romance takes place, which is interesting for two of the four girls. But the story lacks so much detail, you could hardly call it a romance.

I’m very much looking forward to reading the actual book. I would not recommend this adapted version of the story (written by a man, no less). 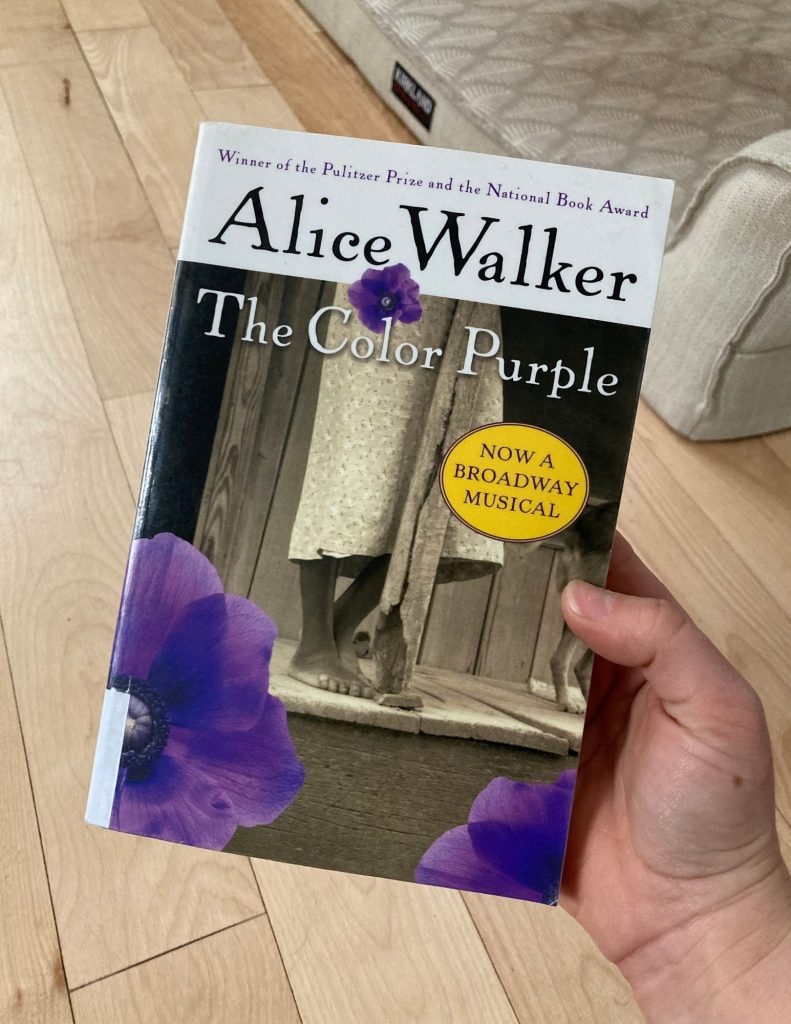 Before you even think of picking up a copy of The Color Purple, you should prepare yourself for  an emotionally difficult read. Alice Walker portrays what it was like for a woman of color to live in the 1930s. From abuse, to rape, neglect and prejudice, you’ll become immersed in the story written in letter form, mostly from the protagonist’s perspective.

Celie writes letters to God. She shares her sorrows, including her young life where she was raped by her father on multiple occasions. She was also forced to marry a man, whom we do not know by name at first. (It is unclear wether the name does not appear because she cannot spell it, or because she does not dare write it). And her pain grows worse when she never receives news from her sister, meaning she is no doubt dead.

Walker’s use of poor grammar throughout the novel reminded me of the letters my grandma would write. It was reflective of the illiteracy among black people, namely women. There were a diverse group of female characters in The Color Purple. One notable character was Shug Avery, whose strength laid in her confidence, and also her promiscuity. She did not care what other people thought and lived her life making sure she was happy.

Shug was a big contributing factor in the growth of Celie as a person and as a woman. She taught her to stand up for herself. She also taught her that she deserved love – real love.

Celie’s sister is revealed to be alive halfway through the book (this is not a spoiler; it is mentioned on the back of the book), although her fate remains unknown as time progresses. We learn more about her and her life as a missionary in Africa, where family ties are stronger than they once might have thought.

I highly recommend giving this book a read, if not for pleasure, then for educational purposes. 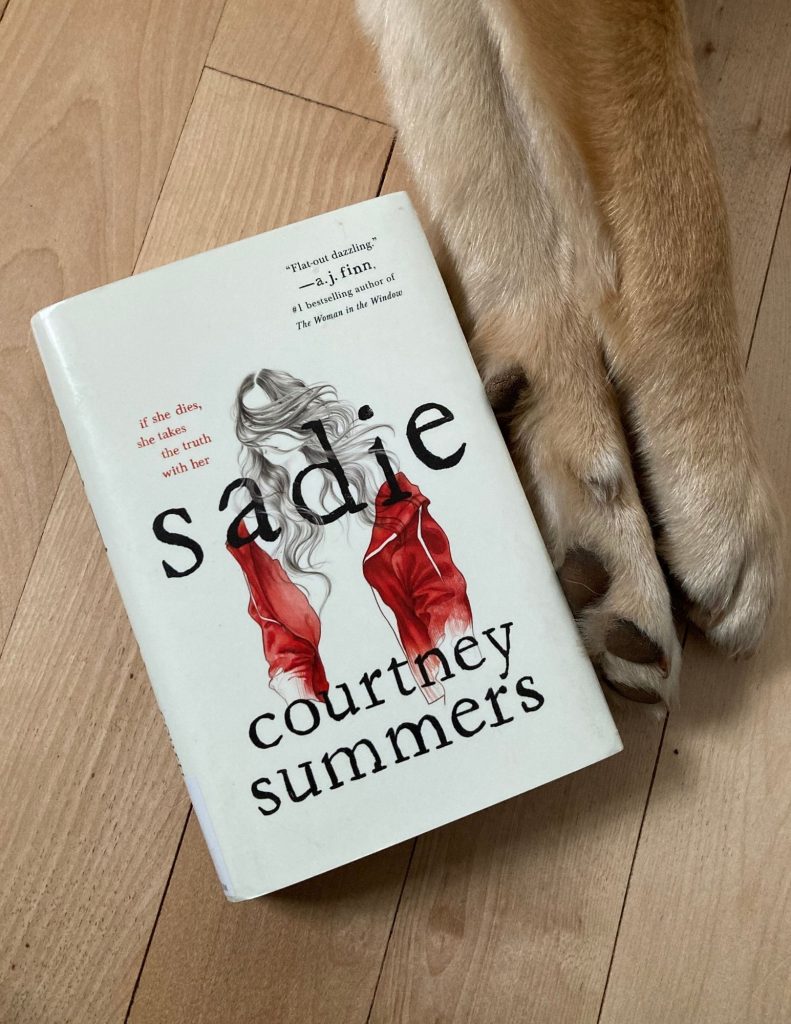 This heart-wrenching story takes us down two paths – one led by Sadie herself, the other led by journalist West McCray who literally follows Sadie’s footsteps to try to figure out what actually happened to her and to her sister.

Sadie is 19 years old, and already she has lost everyone she loves. Her mother was a drug-addict gone rogue – she left both her daughters, Sadie and Mattie, with a surrogate grand-mother, May Beth. After years of dedicating all of her time and energy to raising her little sister, Sadie receives the devastating news that her sister has died after getting into a stranger’s truck.

There is so much more to unravel in regards to where Mattie was going and why she got in the truck to begin with. We learn more and more details about her story throughout Sadie’s portion of the story. And we learn that Sadie will stop at nothing to make things right by her.

Sadie by Courtney Summers was by far one of the most captivating, surprising, and saddening stories I’ve ever read, especially in regards to the painful reality that some young girls face. Some people say that they were very disappointed with the end of the book, but I for one thought it was absolutely fitting for the type of story-telling that was used throughout. Highly recommend picking this up, if you able to read young adult novels with mentions of sexual and physical abuse. 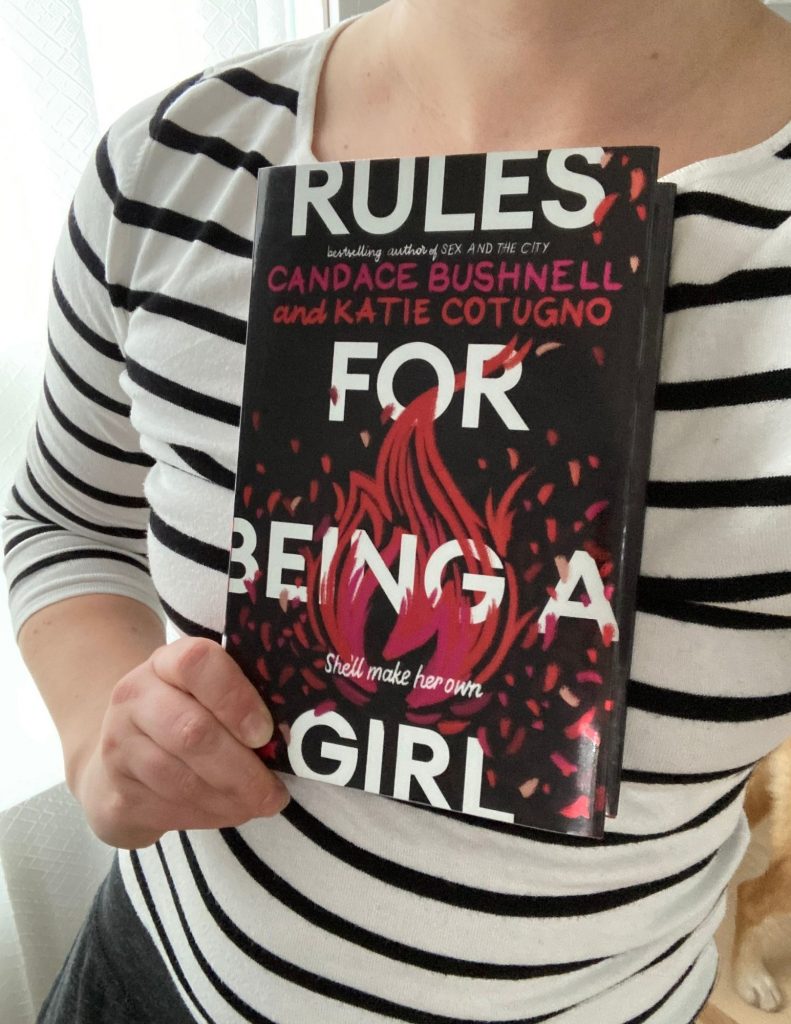 Rules For Being A Girl – Candace Bushnell + Katie Cotugno

This story just blew me out of the water. I couldn’t believe how captivating the writing was, and how real (albeit unbelievable in this day and age) the situations were portrayed.

Trigger warning: The topics of assault and manipulation are large focus points throughout the novel.

Rules For Being A Girl follows an intelligent, thoughtful, and kind teenage girl named Marin. I felt an immediate attachment to this character, as she is down to earth and focused – and, of course, the main character.

While at school (private school, that is), herself along with most students are very close to one of their teachers, Mr Beckett, but more commonly known as Bex. Not only is he young and handsome, he’s also charming as hell. Everyone flirts with him, and he occasionally flirts back – there’s nothing wrong with that. Right?

It’s only after Bex makes advances towards Marin that something shifts within her. Suddenly, she can’t stop by notice the blatant sexism happening all around her. She speaks up – and PROPS to her for doing so – but to no avail. This is where my outrage began, and I couldn’t put the book down from there.

This is by far the best book I’ve read in 2021, and among some of the best books I’ve read in my life. I highly encourage you, whether or not you are female, to gives this book a try. You might even learn a thing or two about feminism along the way.

I had a slow start to what I read in March. I borrowed more books than I was able to read, so I thought I would share those unread books:

3 thoughts on “What I Read in March // Reading Challenge”